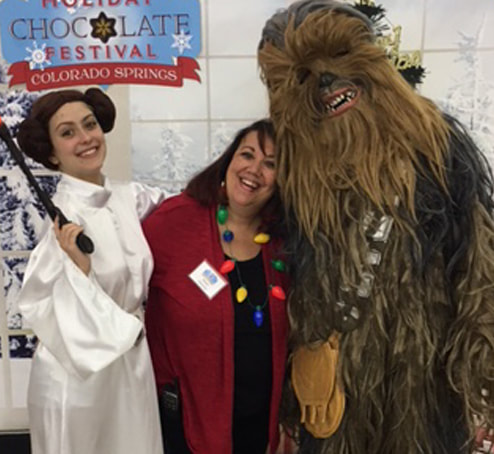 DANA CAIN, Owner/Director. Dana (center) was a "Let's put on a show!" kind of kid in the '60s, and it's no surprise she grew up to own and operate Dana Cain Events. She was teleported into major event planning in 1977 when, assigned to cover a Star Trek convention for her college paper in New Orleans, she joined the convention committee during the interview. After spending more than a decade learning all the ins and outs of science fiction convention management (programming, guest coordination, vendor room mapping, art show management, ticketing, etc), she launched her first commercial event, a Twilight Zone Festival, which drew some big guns to Denver from LA and even landed her an interview in USA Today alongside Rod Serling's widow.

In 1991, Cain (and her then-partner Kent Cordray) founded Baby Boomerama, an event celebrating all things from the 1950s-60s-70s. Over the years, Baby Boomerama, and it's companion event, The Zowie Show (which catered to the Sci-Fi/Comics/Trading Cards fans) brought a slew of guests to Denver, including Tiny Tim, Bill Mumy, Donna Douglas, Dawn Wells, Ed "Big Daddy" Roth, Van Williams, Julie Newmar, Butch Patrick, Jonathan Frid, Maureen McCormick, Adam West, Linnea Quigley, Dirk Benedict, Dave Prowse and more. By the new millenium, the two shows were combined to form the Toy & Doll Supershow that is still a fixture in the Dana Cain Events lineup.

Gradually, more shows were added to the mix, including a metaphysial fair, a string of very popular Chocolate Festivals and even a Unicorn Festival. Cain also co-founded Denver County Fair in 2011, which received numerous awards and global press for its groundbreaking programming over the years (including the world's first Pot Pavilion and Blue Ribbons for "Best Marijuana Plant," Best Pot Brownie," etc., when Denver became the first city to legalize recreational marijuana). Six years later, the Fair was sold to the National Western Stock Show Association.

Cain has won 14 "Best of Denver" awards for her events, including "Best Annual Festival" (3 years in a row), "Best New Festival," Best Food Fair," and many more.

MATT GRAFF, Floor Manager. This former Burning Man VIP is the guy who makes sure our vendors are happy, move-in goes smoothly, everything is in it's place and more. With a walkie-talkie in his hand and a smile on his face, Matt strolls the floor answering questions, liaisoning with venue staff and, in general, keeping things flowing smoothly. If a giant crack opened up in the middle of the event floor and the world was splitting in two, Matt could handle it without batting an eye. 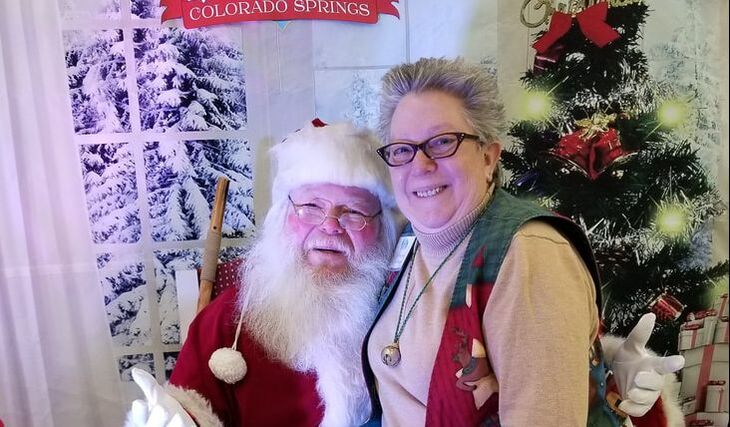 THEA HUTCHESON, Operations Manager. Details. Even in the biggest, wildest festivals, there are little tiny details. And Thea is the boss of those. Thea and her operations team make sure all of the equipment, supplies, and people are in the right place at the right time. The guests, the microphones, and even the toothpicks in the tiny chocolate samples. Thea has worked with Dana since the 1980s when they were both volunteering at science fiction conventions. In fact, today, Thea is also a critically-acclaimed science fiction author with loads of published stories and a couple of novels on the way. She has been on our team longer than anyone else, and we couldn't do it without her.